Discuss the topic of self-reliance with a partner.

To learn more about writing about yourself go to Autobiography.

Fill in the missing words as you watch and listen to the film trailer.

For more listening activities go to Listening to Lectures.

Write about the Rio 2016 Olympic Games using these questions as a guide.

Use your answers to these questions to write a paragraph about the Olympic Games. Begin your paragraph with a topic sentence, then write supporting sentences on your topic and finish it with a concluding sentence.

Go to Paragraph Writing for more help and activities on how to write a paragraph.

Have a look at these Haunting Photos of Abandoned Olympic Venues From Around The World. Read through the introduction and work out what these numbers are referring to. 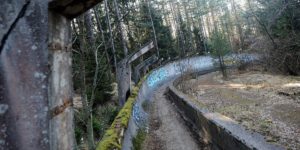 Now look at the 12 photos and take notes on what has happened in each place:

Go to Unit 6 – Scanning, Skimming and Note-taking if you need help with how to take notes effectively.