What is your favourite dog breed?

Research on the internet to find your favourite dog breed. Find at least 3 different sites to gather information to write the body of a report.

Take notes on the following headings:

Use your notes to write one or two paragraphs for each heading on your chosen dog breed. Don’t forget to include a picture of your dog breed as well.

For help on how to write a complete report go to Unit 13 Report Writing.

Red Dog: True Blue is the second film made about Red Dog a popular Australian film from 2011. This new film is about the history of the people and the dog called Blue before the legend became famous.

Watch this film trailer and fill in the missing words as you listen.

For more activities on the history of people go to Unit 8 Biography.

What Australian animals do you know? 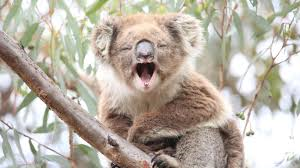 Read the introduction of Australia’s Animals and find what each number refers to.

Take notes on the different Australian animals as you continue to read.

Choose one of the animals from the list and do some further research on it. Find a photo of it and take notes on the animals physical appearance, habitat, diet and reproduction. 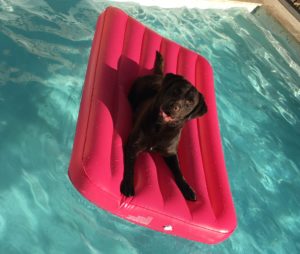 My pet is a chocolate Labrador called Gus. He is two years old and loves the beach and going for walks in the bush, he especially loves to sit on a mattress and float around in the pool like in the photo!

Find a photo of your pet and talk about it. If you don’t have a pet now think about a pet you had in the past or a pet that someone you know has or used to have. Answer these questions to help you talk about the pet.

Now that you have discussed your pet, write about it in your journal and include a photo.